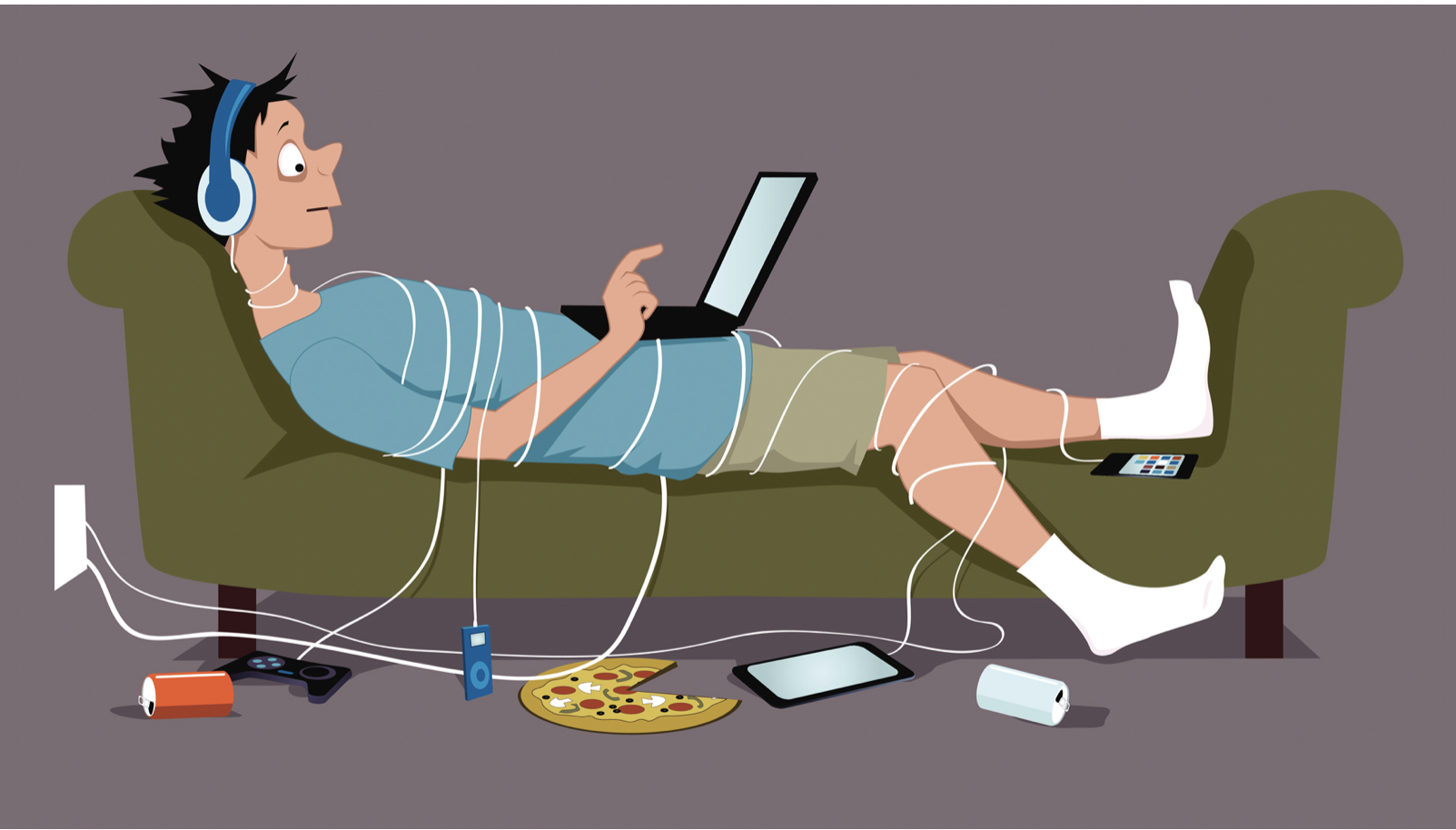 Most of us have allowed our kids extra screen/tech time over the school holidays. That sneaky time in the mornings that allows us a lie in or to get ready for work. The “quiet time” after lunch. Worst of all, the teenager staying up later than usual with tech in their room.

Technology is brilliant. Who wants to go back to the 1980’s, Madonna and pay phones? Not me. However, there are problems with tech that we parents are going to have to face come Monday morning when we are heading back to school post-holidays.

Tech is addictive. Something is always happening. Push a button and something blows up or your candy match. Flick the screen and a cool picture pops up. The brain’s reward system, particularly the mesolimbic dopamine and the mesocortical dopamine pathways, start to fire. Most people blame dopamine for feelings of pleasure. It’s not quite true. Dopamine neurons are activated before a reward is received and thus before the pleasure is experienced. Dopamine is more associated with pleasureseeking. It helps the brain recognise stimuli that are associated with rewards. Think of it as a signaller. It signals the brain: Hey! There’s something around us here that has given us pleasure in the past. Stop what you’re doing and go get it!

What’s this got to do with kids and tech?

Kids become used to getting pleasure from screens. Dopamine pathways signal the availability of reward whenever screens are around causing the kid to seek that reward by grabbing for the tech. Even more than that, the brain scoops up information associated with significant positive and negative experiences. We are often not aware of this information but it affects our decisions because this other peripheral information becomes strongly associated with the actual rewarding stimulus (i.e., tech in this case). Kids recognise that particular times of day, rooms in the house, certain parental activities etc are associated with screens and therefore signal the availability of reward, which in turn precipitates reward seeking behaviour (grabbing for the tech).

So, how do we deal with it?

Your brain is very good at scooping up information associated with the availability of pleasure/reward it’s associated with survival. Hence, in time, you see a screen, wake up, see Mum on a phone etc and the brain screams “It’s Available – Go Get It”.

You don’t actually need the tech. It is your old mammal brain telling you to go get that reward now because it may not be available later. (Think of a squirrel hoarding nuts for winter).

Parents: The distress your child is going to feel when you say “No” to screens is the distress of not doing the old habit. The brain is screaming: “It’s Available – Go Get It”. Your kid will feel uncomfortable when they try not to give in to that urge and their old mammal brain is going to keep screaming: “Go Get It. You Need it. Now!” Giving in at this time will be rewarding but only because  going back to tech provides relief from distress rather than giving pleasure. It will also reinforce the “give it back to me” behaviour and make your child believe even more that they need tech.

Try to change some of those environmental cues that have become associated with the availability of reward via tech. For example, if tech has been used in the bedroom keep the kid out of the bedroom.

Control access to tech and keep it out of sight. For example, the school laptop that is open to YouTube as soon as the kid gets home from school and into their bedroom needs to stay in the car.

If you know you are going to give in and give the kid access to tech anyway at least make them work for it. Employ the old grandma rule: “You can have ice cream if you eat your peas”. At least this way the kid is learning the value of work and tech is being used as positive reinforcement rather than as a way of relieving stress.

Institute a set time during every day that is tech-free. Essentially, by removing tech for a period you are creating time and space in which your child has to seek reinforcement in other ways. Boredom is a good thing. You can even call it boredom time. Boredom creates creativity because it forces the child to think for themselves rather than relying upon the screen.

Finally, tech often disrupts sleep patterns, particularly in teenagers. Over the holidays or weekends, the teen extends bedtime because they are on technology. This generally means that they then wake later. Essentially, they become like a shift worker. It is therefore much harder to get to sleep at an appropriate time on Sunday night and to wake easily on Monday morning for school. Sleep is so critical to human survival that I would attempt to never let this happen in the first place. Avoid having screens in rooms and insist on set bedtimes. It’s fine if the teen insists that they need to stay up later. However, they cannot fill that time with tech and I would still wake them at a normal time. Most of us have already made the mistake of not doing this. So, the best we can do is to try to reset sleep patterns before the Sunday night preceding heading back to school. See if you can start the process of dragging back sleep onset starting Friday. If your teen has been getting to sleep at midnight, it is very unlikely that you will be able to get them to sleep at 9.30. Drag sleep onset back 15-30 minutes a night. I know this might mean it will take until week 2 of Term to drag sleep onset back to exactly where you want it but better doing that and having success than trying to do it in one giant leap and failing.

To repeat or not to repeat a school year Previous

Vision therapy and dyslexia: What’s the evidence? Next